Ludington a Destination for Michigan-Crafted Beer

When it comes to craft beer, Ludington has many locations and experiences to excite and satisfy the palate. Local pubs and breweries are serving up some of the best, award-winning brews in Michigan - and Ludington has easily become a year-round, craft beer destination. Here’s a list of some of our favorites:

Jamesport Brewing Company, or JBC, has been a local staple since 2000. The Pub, as locals lovingly refer to it, lit a fire and led the way in introducing the West Michigan area to stouts, IPAs, Scottish ales, and many more craft beer styles. JBC features 12 of its house-crafted beers on tap, including eight mainstays and four rotating seasonals. 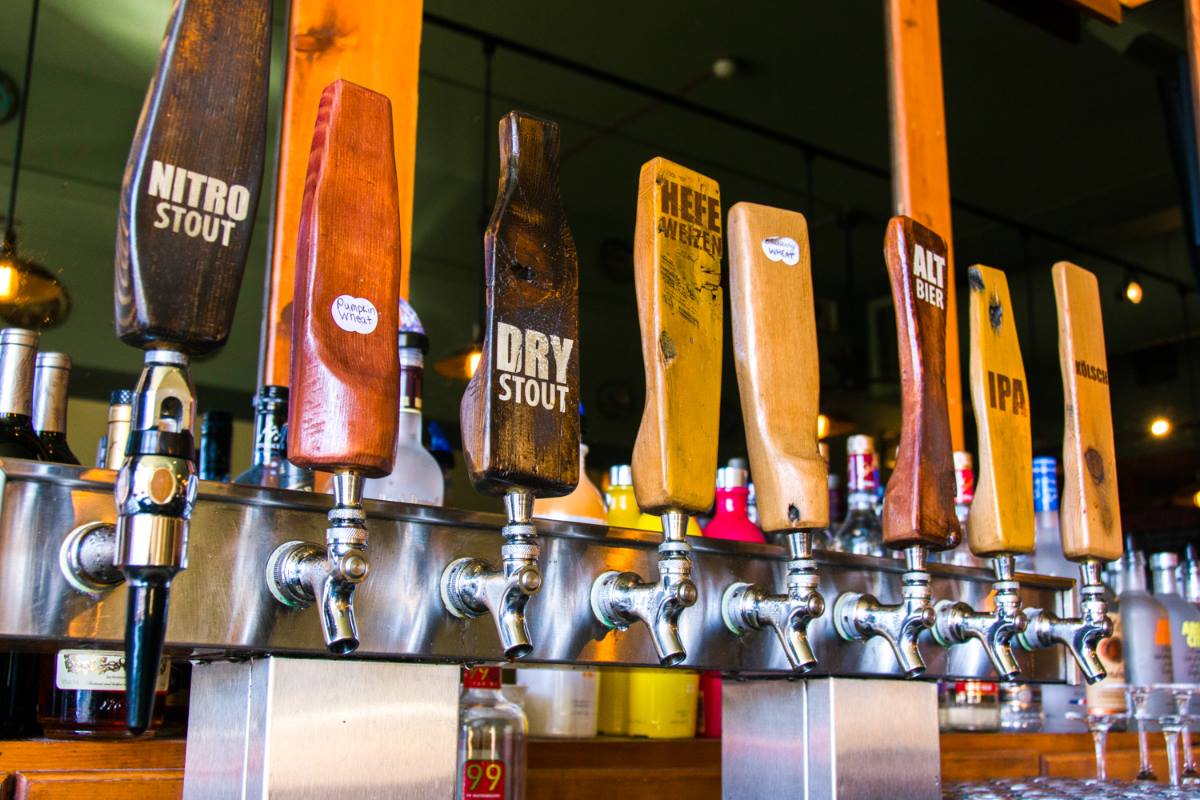 Fan favorites include JBC’s Scottish strong, blueberry wheat, ESB, and Hefeweizen. In addition to great beer, JBC offers great views of the lake plus a full bar of wine and spirits, as well as a tremendous menu, including its to-die-for cheese ale soup. Check with the staff to get a quick, behind-the-scenes brewery tour between pints, and stay up-to-date on the pub’s entertainment schedule on social media.

Ludington Bay Brewing Company is the newest brewery to open its doors and leave an impression on Ludington’s beer scene. Located on South James Street, it is one of the first must-see locations when you arrive in Ludington. Moments after you enter its tasting room and restaurant, your attention will be drawn to the glass wall separating you from the working brewery. As you sit inside its stunning 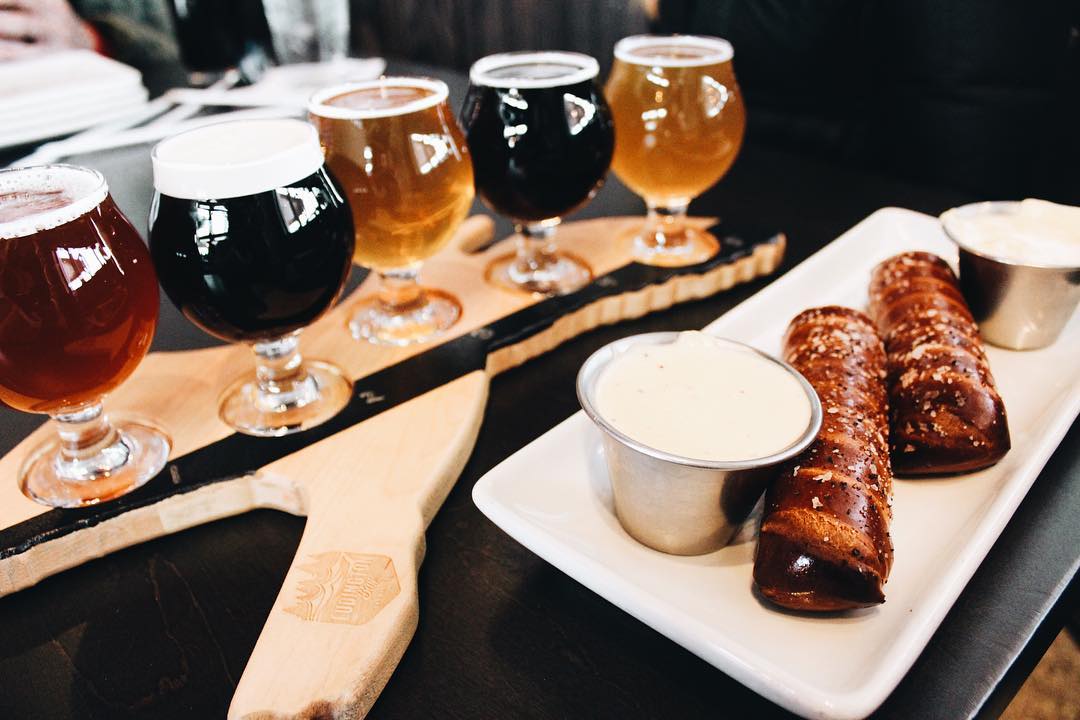 tap room or outside on the patio, you will be dazzled by its carefully curated menu meant to pair perfectly with its artisan ales and lagers. Ludington Bay has received recognition for serving balanced, delicious beers. Some favorites on the tap list are Tan Line Blonde, First Curve IPA, James Street Brown - and the soon-to-be- re-released Summer Fling. If you’re waffling between choosing one or more of its beers, order a flight and try them all! And check out Ludington Bay’s regular, live entertainment line-up every Friday night!

The Mitten Bar: A Michigan Ideology

The Mitten Bar captured the attention of craft beer fans near and far shortly after it opened in 2011. The small, quaint bar quickly became recognized as one of the best craft beer bars in the country for its atmosphere and commitment to Michigan-made products and live music. 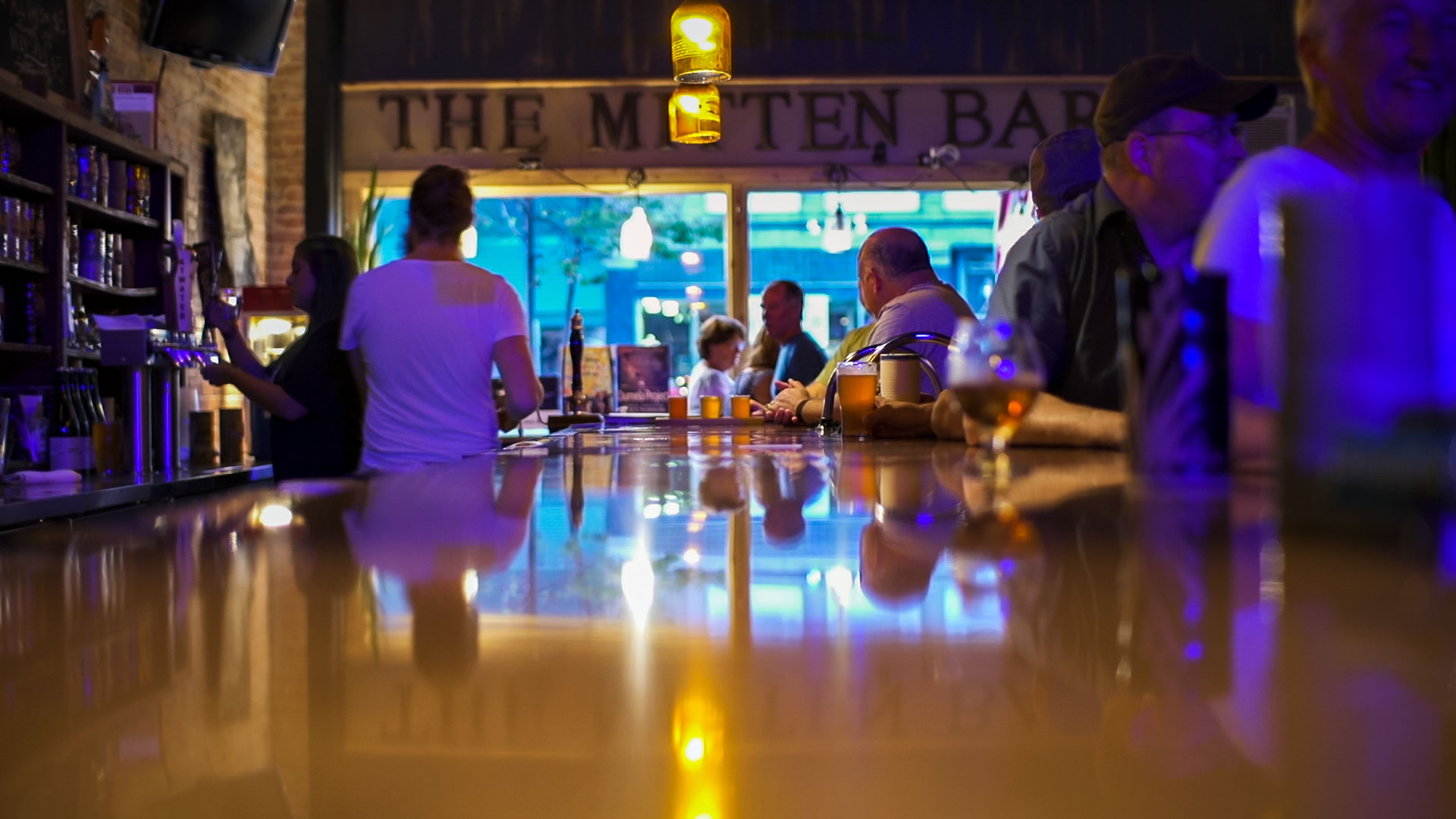 The bar features 12 beers on tap from Michigan breweries, plus a selection of bottles and cans. Locals and visitors can join in engaging conversation over a flight, pint, or snifter of their choice while enjoying fresh, casual fare from its sister bar, Barley & Rye. Not hungry? The Mitten also features live music by up-and-coming artists from our great Mitten state and beyond. Whether you’re looking to enjoy a pint solo, or to meet old and new friends, the Mitten is worth a stop.

You will want to mark your calendars for Ludington’s biggest craft beer and wine festival, Suds on the Shore coming Saturday, August 17! 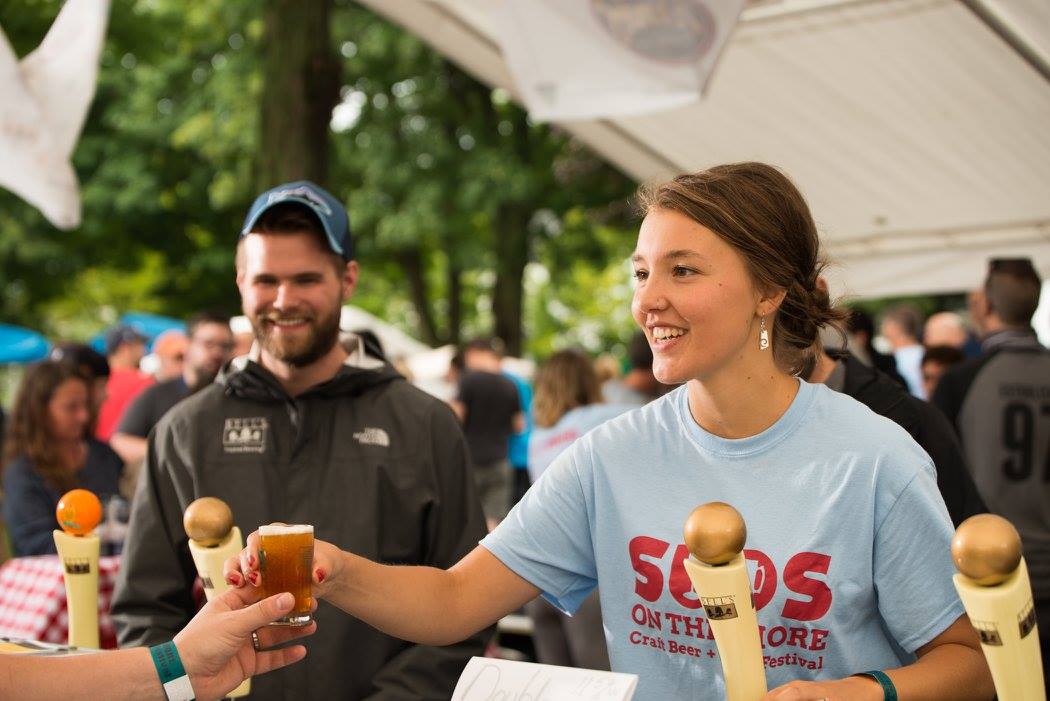 This festival features over 60 breweries showcasing their signature craft beer, wine, mead and cider. It will include an afternoon of live entertainment, food and tasting. This 11th annual event is a summer highlight and welcomes enthusiasts to come together to celebrate the craft beverage scene.

The Bottle and Can

In the heart of downtown Scottville, outdoor enthusiasts will find the Bottle and Can. The store opened in 2014 and has been pleasing palates ever since. Being so close to the amazing Pere Marquette River, it has found a niche specializing in craft beers, wine, liquor, and fishing supplies. This location even delivers! Call to place your order.

Located on south Pere Marquette Highway, P.M. Expeditions is the first and last stop in and out of Ludington for many. This small convenience store offers an extensive library of craft beers for your next game of disc golf or your hike through Ludington State Park.

Visitors won’t be disappointed with Ludington’s eclectic selection of breweries and craft beer bars. No matter the location, a tour with the brewer or an engaging conversation with a friendly local will have you hooked and wishing you could stay.

Whether you are a long-time beer enthusiast, or just dipping your toes in the craft-beer scene, Ludington offers a great variety. Be sure to save the date for the summer's hottest beer festival, Suds on the Shore, and don’t forget to share your photos with us on Instagram and Facebook using #PureLudington. For more travel information, visit PureLudington.com